[anglais] Substantial advancements have been made over the past three decades in promoting the rights and social acceptance of lesbian, gay, bisexual, transgender, queer and Two-Spirit communities (LGBTQ2S+), but health and social inequities persist. The scarcity of public health interventions targeting these populations combined with the numerous barriers to high quality care sustain these inequities. As in all communities, LGBTQ2S+ people have intersecting identities, many of which expose them to further marginalization resulting in poorer health indicators.

This scientific café will explore the factors that maintain health inequities of LGBTQ2S+ communities and explore promising and novel strategies aimed at achieving health equity for LGBTQ2S+ populations. 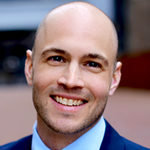 Olivier Ferlatte is an assistant professor at the École de Santé Publique de l’Université de Montréal and a research scientist at the Centre de Recherche en santé publique (CReSP). He has over 20 years of experience in LGBTQ2S+ community-based health promotion and research. His research work focuses on the social determinants of LGBTQ2S+ mental health and substance use disorders. A common thread running through his scholarly activities is a specific interest in engaging LGBTQ2S+ communities as research partners. 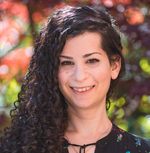 Dr. Hannah Kia is an Assistant Professor in the School of Social Work at the University of British Columbia and a Research Scientist at the Centre for Gender and Sexual Health Equity (CGSHE) at UBC. Her current program of research addresses a variety of issues pertaining to sexual and gender minority (SGM) populations, including SGM health, aging in SGM communities, as well as social work and other professional practice with SGM groups. Most recently, she launched a study aimed at examining the constituents of effective social work practice with trans and gender diverse people.

Hannah is a co-investigator on various projects investigating issues such as poverty and sexual and mental health issues among diverse SGM populations. Prior to starting her academic career, Hannah practiced as a social worker in health care, where she gained experience in general acute care and hospice palliative care. She is actively registered as a clinical social worker (RCSW) in British Columbia. 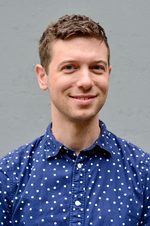 Dr. Travis Salway is a social epidemiologist whose research investigates the health of lesbian, gay, bisexual, queer, trans, and Two-Spirit (LGBTQ2) people. He is an Assistant Professor of Health Sciences at Simon Fraser University, a Michael Smith Scholar (2019-2024) and an Affiliated Researcher/Faculty at the BC Centre for Disease Control, the Centre for Gender and Sexual Health Equity, and the Community-Based Research Centre.

Dr. Salway’s research has resulted in an improved understanding of patterns and causes of mental health outcomes among sexual minority populations. In 2019, he presented this research to the Canadian House of Commons Standing Committee on Health, in the context of their historic study on LGBTQ2 Health in Canada. Dr. Salway is the co-founder and facilitator of the Vancouver-based LGBTQ2 Roundtable. He uses epidemiology to understand differences in the health status of LGBTQ2 people and mixed methods approaches to uncover the mechanisms for these differences. Dr. Salway works collaboratively with LGBTQ2 community organizations, public health practitioners, and legislators to identify policies, practices, and educational approaches to remedy LGBTQ2 health inequities. He has most recently led a series of studies to clarify the scope and nature of so-called conversion therapy practices in Canada. 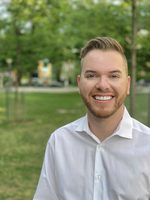 Dr. Sean Hillier is a queer Mi’kmaw scholar from the Qalipu First Nation. He is an assistant professor at the School of Health Policy & Management & Special Advisor to the Dean on Indigenous Resurgence in the Faculty of Health of York University. He is the Chair of the Indigenous Council at York and is Co-Chair of the Working Group on Anti-Black and Anti-Indigenous racism in the Faculty of Health. Additionally, Sean is a Board Member of the Native Canadian Centre of Toronto and the AIDS Committee of Toronto (ACT).

Dr. Hillier is a former CIHR doctoral scholar in the area of Indigenous Peoples living with HIV. His collaborative research program spans the topics of aging, living with HIV and other infectious diseases, and antimicrobial resistance, all with a concerted focus on policy affecting health care access for Indigenous Peoples in Canada. Dr. Hillier has been successful in receiving funding from each of the three federal granting agencies, with more than 10 external grants.